WALK THIS WAY (SOMETIMES I GIVE TOURS) 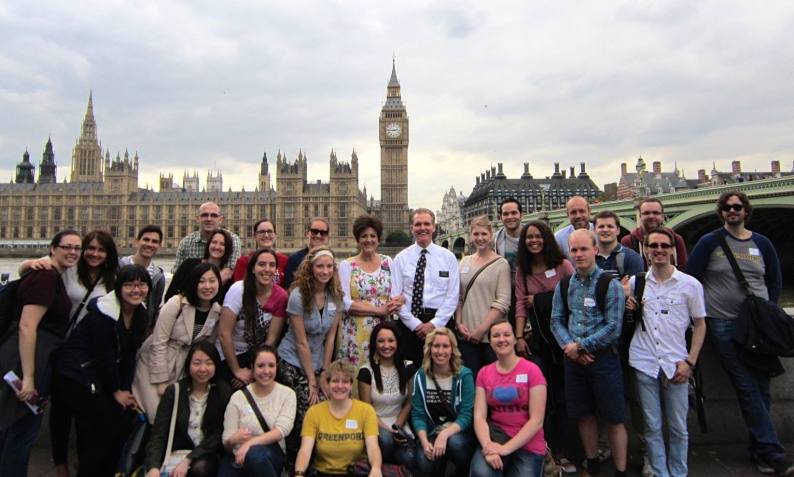 My fabulous friend Leah and I played tour guide to our YSA ward a couple of weekends ago. The fact that we were amateur at best was successfully masqueraded by unfailing poker faces. Look, I’m not saying that it was all made up. But maybe I am saying that Queen Elizabeth’s first kiss wasn’t actually in the phone booth that overlooks Big Ben in Westminster Square. And it probably isn’t “good luck” to replicate said kiss in the hopes that there’ll be no animosity in your relationship… (tip of the iceberg- I cannot emphasise enough that this tour was more for fun than historical value) 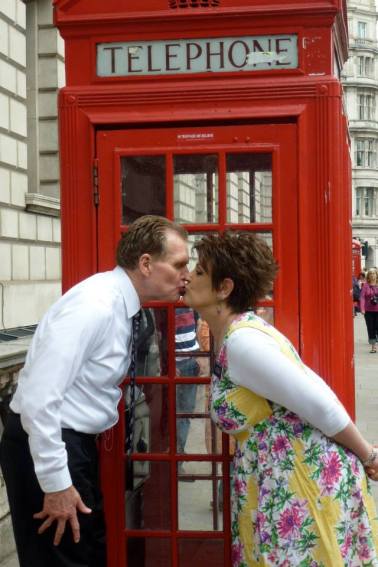 Here’s Elder and Sister Phillips, going for it anyway. Good sports. (Megan Bly I stole your snap. It won’t be the last one either, get over it. I love you.) Sister Phillips actually related by phone booth “fact” to passing tourists. Gulp. As disappointing as it is that this fact was not true, I have decided that this phone booth holds a new special place in my cold heart.

We started at Buckingham Palace, where we made wishes in the fountains that surround the Queen Victoria Monument between the palace and the Mall. Legend has it (and by Legend I mean a legend that I created… they’ve all got to start somewhere) that if you make a wish for the good of someone else, you’ll be rewarded ten fold. We passed out pennies and tossed our wishes into the fountain. Some of us couldn’t quite manage to aim our pennies toward water, instead hitting unimpressed tourists on the head. So we quickly made ourselves scarce and headed toward St James’s Park.

St James’s Park is one of the few Royal Parks in England, originally purchased by Henry VIII for hunting purposes. It looked a lot different back in his day, when it was a swampy mess that had been created to cover an old leaprosy hospital and burial ground. Gross. We crossed the park, stopping frequently for random London facts (whenever someone saw a Boris bike, British flag or red bus, they could request a fact and a chocolate). We strolled down the mall, spying on Charles and Camilla’s digs along the way, eventually stopping to eat lunch under the watchful eyes of the Queen Mum and King George (statues). 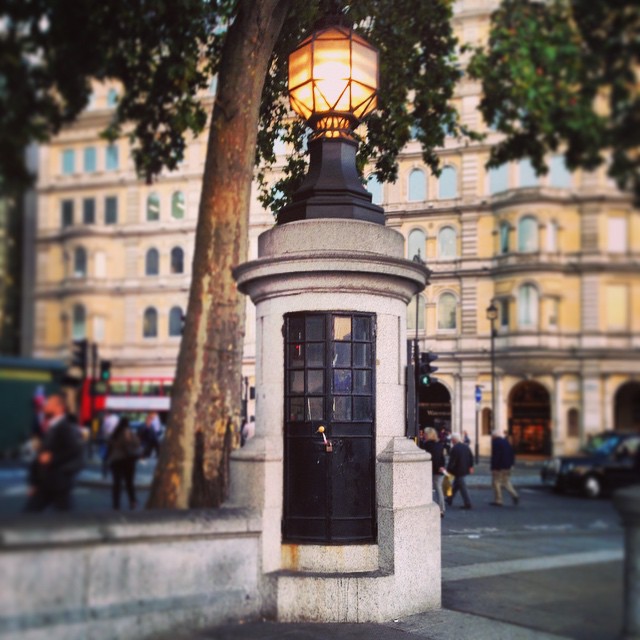 … and President Gordon B. Hinkcley’s favourite place in London, at the base of Nelson’s column. There is inscribed simple words spoken by Lord Nelson at the commencement of the Battle of Trafalgar: “England expects every man will do his duty.” As President Hinckley considered this sentiment, he exclaimed, “What marvellous things happen when men walk with faith in obedience to that which is required of them!”

We made our way down Whitehall, stopping at Downing Street for a peek through the iron gates (erected in the first place during Maggie Thatcher’s term due to her controversial following). Then on to Westminster Square, sharing Sophie Johnson Faulkner’s secret best photo spot (thanks Soph). A few more wishes in the Thames and we realised we’d been meandering the streets of London for four whole hours.

I love the bunch of people I get to play with at Britannia. They’re funny and bright and make my life so much more fascinating than all of London’s nooks and crannies put together!

Here’s someone’s creeper shot of me as a tour guide.

← MUMS THE WORD
PREACH! A YEAR FOR GOD →