It shouldn’t surprise many of you to learn that I have managed to exist here in the USA for over 4 years now without watching a single game of American football.  That being said, I was coaxed into agreeing to attend my lovely roommate’s brothers opening game of the season at his rival’s high school in Taylorsville.

I had always been of the general opinion that American football is a wimpier, nerdier version of rugby: there’s all kinds of math involved, the players wear more armour than a roman solier of old, and there appears to be 10 minute gatorade breaks every five or so minutes.  My suspicions were somewhat confirmed as I sat through my very first game.

Seeking the silver lining (as always), I took it as a great opportunity to hone my photography skills.  Here’s some snaps:

Number one fans.  If ANYONE had dressed this way in my high school… actually people might have dug it.  I’m pretty sure Alastair and Kip have rocked more horrendous looks ( the failed spandex revolution for one). 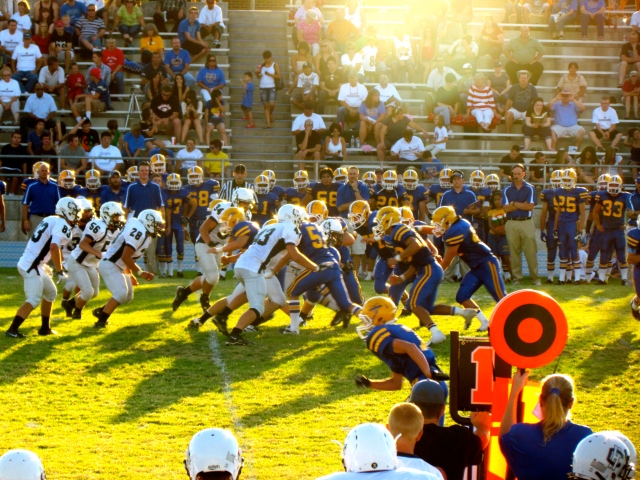 Just looking at this picture makes me want to squirm in my chair.  Some of those plays were downright painful: the crack and thud of helmets- should I ever rear children in this fair country, my boys will play safe and classy games such as tennis and golf. 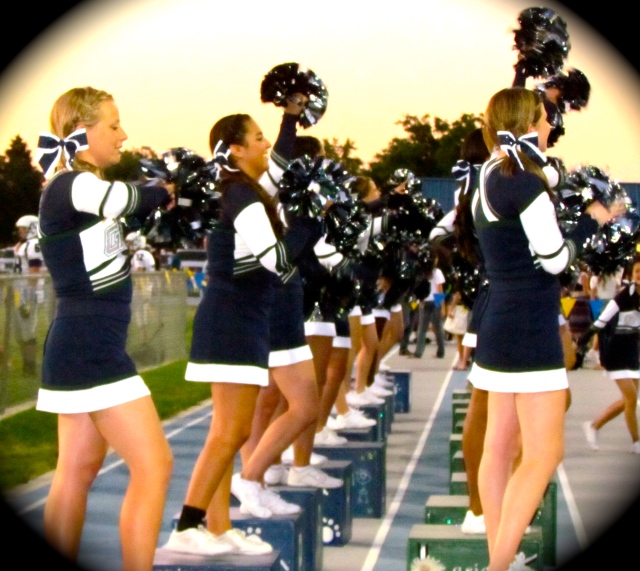 They dance, they slink, they cheer, they THINK.  Cheerleaders are people too.

This, by the way, was my personal hilight of the night; spotting this Billy-Idol legend of old.   Those are binolulars he’s sporting, btw. 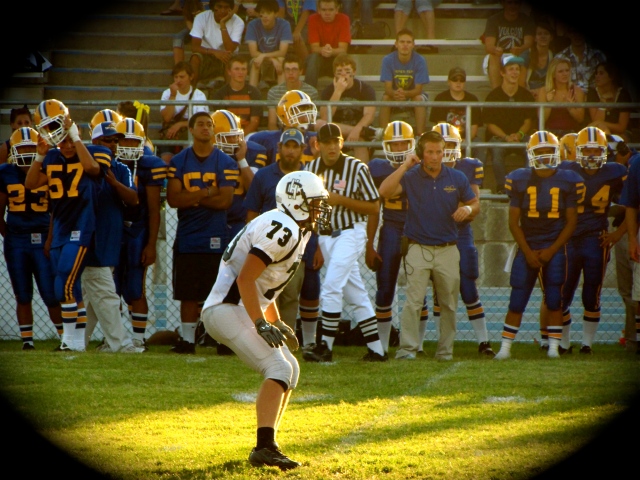 Jordan’s brother Spence was the star of the show.  SIDEBAR: why, again, do footballers wear silky leggins and not shorts?

To our delight- and I might wager that it could have been because I have often been called a good-luck-omen: our team won after quite a close game!  No thanks to the referee’s who, I gather, “sucked.”

← WHILE THE BOSS IS AWAY…
MAD WITH GEORGE →