Today marked the first day back at school.  I got on to campus early to run a few errands- including spending more than one month’s rent on books and nothing else.  With about a half hour to spare before my very first class of the semester was supposed to start, I went to deposit $1000 in cash to the nearest ATM.

For those of you who aren’t as bank-savvy as I USED to be, my bank offers a cash deposit service wherein you stick your bills in a sliding door, the robots inside of said machine then count your notes and you verify the amount.

The ATM asked me for my money. 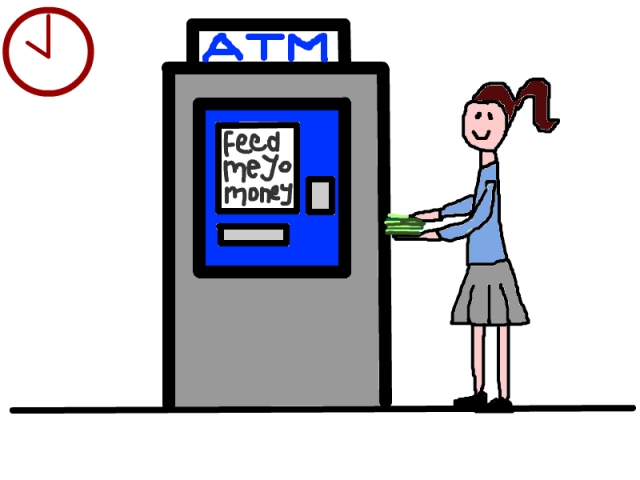 I did as I was told, as I have done hundreds of times before.  Then this happened: 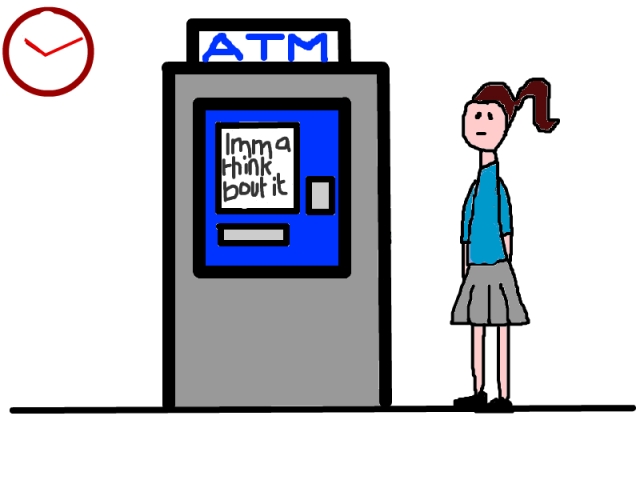 I pressed every button while regulating my breathing patterns as if my sanity depended upon it.  I glanced at my watch, noticing how the minutes leading up to my class were few and precious. 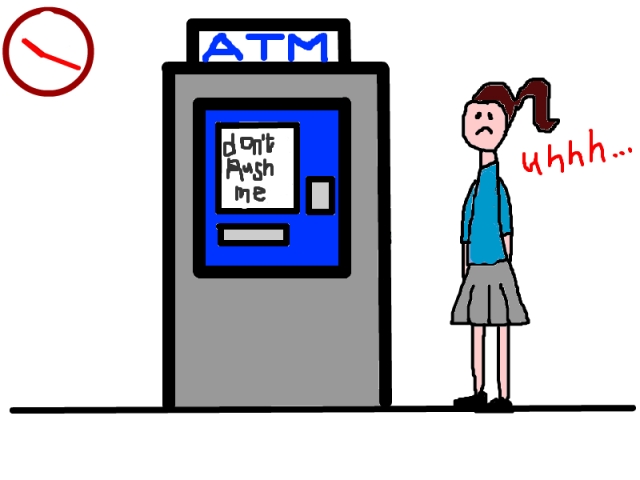 I began to think I was being tested- and considered the idea that this was all part of a greater conspiracy.  Then I went through the expected waves of denial before… 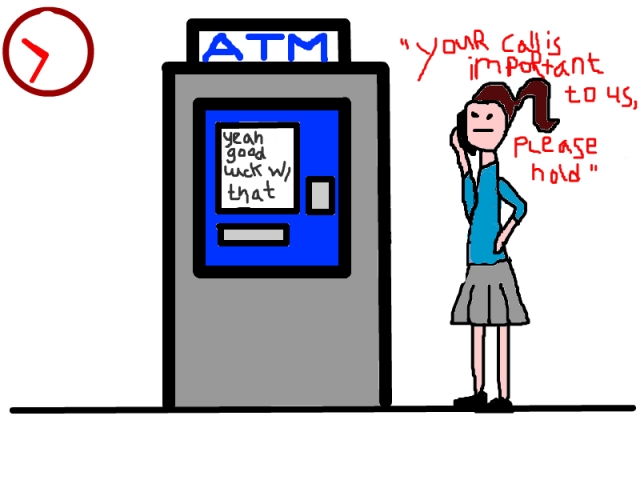 … I moved into the motions of anger and intense irritation wherein I tutted “of COURSE it had to happen to ME” under my breath about 50 times.  My class was in session and I was glued to this stupid machine which really had an attitude.  By now I had been bounced around to 6 customer service representatives,  and spent 90% of my time in hold. 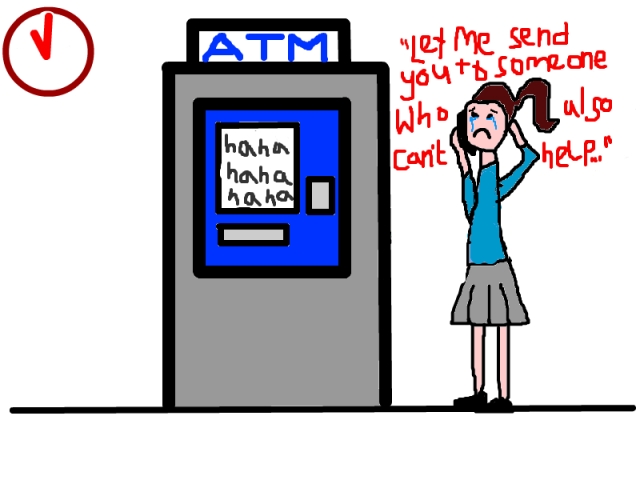 This went on for some time.

I guess one of the perks of being in a small college town while attending a private religiously-affiliated university, is that people genuinely care: 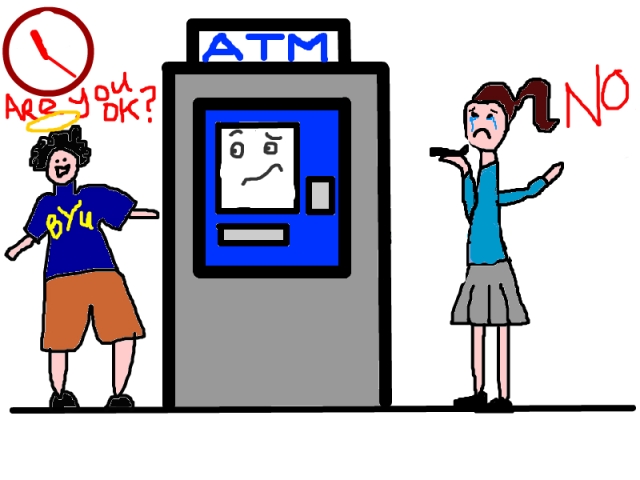 … or at least they want to hear a good story.  I poured my heart out to this guy, to which he mumbled “sucks,” and then walked off.

Long story short, I missed three classes before lugging my 14 new and heavy books across town to my local branch, where I had to file some paperwork that couldn’t be done over the phone because I don’t have my passport number, 10th grade bra size, parent’s neighbor’s dog’s birthday, 27 digits of pi memorized.